Rise in Foreclosures in Philadelphia

Rise in Foreclosures in Philadelphia

Recent Rise in Philadelphia Foreclosures and Around the Country

While it may seem like the United States is bouncing back from the recent recession, there has been a rise within Metropolitan areas experiencing foreclosures. RealtyTrac, the leading online marketplace of foreclosure properties, shows that about half of largely populated cities saw an increase in foreclosure in the first quarter of 2012. These larger cities were led by our own Philadelphia, with an increase of 49 percent (this is 33 percent higher than it was at the same time last year). This recent rise in Philadelphia foreclosures was shared by other bordering cities like Pittsburgh, Reading, and the Allentown area.

WHAT IS THE CAUSE OF THE  RECENT RISE IN PHILADELPHIA FORECLOSURES?

There are mixed opinions on what the cause of the recent rise in Philadelphia foreclosures is. According to Alan J. Heavens of The Philadelphia Inquirer, “Some observers attributed the increased filings in Philadelphia and other Pennsylvania cities to the end of the state’s Home Emergency Mortgage Assistance Program.” This program had formerly assisted the unemployed in avoiding foreclosure for more than 20 years. Other reasons for Philadelphia foreclosures consist of federal funding running out, notice to borrowers are no longer being given out, and counseling is no longer available. Even with some of these cuts, according to Eric Mayes, recently, “Administrative Judge John W. Herron has decided to preserve the city’s nationally known Mortgage Foreclosure Diversion Program,” which has allowed thousands of Philadelphia residents to keep their homes.

It is clear that no one is able to really pinpoint what it is that is causing the recent rise in Philadelphia foreclosures, but let’s hope this surge doesn’t last for long.

How to Make Your Earth Day 2012 Count: Tips for Philadelphia Residents

Earth Day 2012 is coming this Sunday, April 22, 2012! Here are some really simple and easy things that you can do this Earth Day 2012 to make a difference. Doing just one of these things will help our earth, and can help you!

This is a great time for you to think about how you negatively and positively effect our world. Use what you doing on this Earth Day 2012 and make it into a habit; this way, Earth Day will be every day!

It’s a Beautiful Day in the Neighborhood – Shadfest 2012

Come on over to Fishtown next Saturday, April 28, 2012 between noon and 6pm for the Shadfest 2012(rain date: April 29th). Shadfest is held annually to celebrate the rich historical significance of Fishtown and raises money for a worthy cause, Friends of Penn Treaty Park. This is a great spring day filled with tons of entertainment and fun for kids, adults, and families. There will be food, local music, arts and crafts, and much more.

During Shadfest 2012, the 2012 Kenzinger Challenge Run will also be taking place. You can sign up ahead of time for a discounted price, or register the day of. It is a 3-mile, non-competitive scavenger hunt, with runners traveling to different historical points and gathering information along the way! Sounds to me like tons of fun for all!

Shadfest 2012 is sure to be a hit! Mark it on your calendar today!

Philadelphia – The City of Brotherly Love

A project that has been in the works for years in the city of brotherly love has finally been approved: one of the country’s first affordable housing complex that is aimed towards the elderly LGBT community! After state tax credits were received, developers announced that construction would begin in the city of brotherly love in an area of the city that is commonly referred to as “The Gayborhood.”

Mark Segal, one of the major collaborator’s and proponents of this project, cites multiple reasons for why he feels this is going to make a huge difference in the lives of so many individuals that reside in the city of brotherly love. These reasons, including discrimination from fellow resident’s in retirement communities, partner’s not having the right to stay with one another in nursing homes, to closeted individuals who finally are able to surround themselves with members of their own community, are both heart-wrenching and inspiring.

This new complex will house 56 units, all one-bedroom, and will be six-stories high. It is going to be builton 13th Street between Locust and Spruce, and, if all goes the way it should, will be ready in the latter part of 2013. According to Melissa Dribben of Philly.com, “Residents bust be at least 62 – but not necessarily lesbian, gay, bisexual, or transgender – to live there.” This is a definite way to solidify Philadelphia as the city of brotherly love – how great!

Proposal For a New Casino in Philadelphia

It was just a few years ago when the first casino’s moved into the Philadelphia area. Now, Bart Blatstein, a major real estate developer in Philadelphia, has announced his plans to build a new casino in Philadelphia, on North Broad Street. This new construction would include a brand new casino, hotel, commercial spaces, and parking garages starting at the corner of Broad & Callowhill Streets, with thehotel portion being housed in what is now the “Philadelphia Inquirer” building, another property Blatstein currently owns.

WHAT THE NEW CASINO IN PHILADELPHIA MEANS FOR RESIDENTS

According to an article in Metro Philadelphia, which gives more information on the new casino in Philadelphia, “Blatstein said the casino site plans call for retail shops, restaurants, and theater facilities as well as the only casino in the heart of the city.” This has the potential to create tons of new jobs for Philadelphia residents and be a great source of economic development for our city.

OPINIONS ON THE NEW CASINO IN PHILADELPHIA

It would be interesting to find out of this were something that Philadelphia residents are excited about, or whether they find it to be detrimental. Of course it is going to be one-of-a-kind, since we have nothing like it so close to the center of the city. It will bring visitors and provide much economic growth to our area. However, is this new casino in Philadelphia going to have any negative sides to it? Will there be overcrowding and more gambling problems because of it?

Let us know what you think! 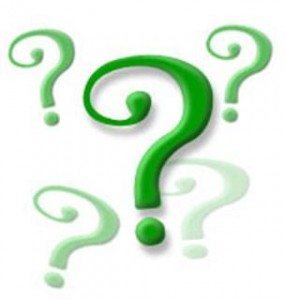 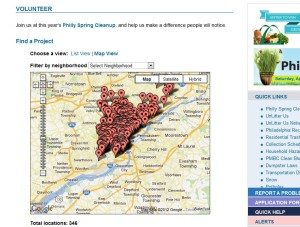 While we are a Philadelphia property management company, we also care about the community surrounding our properties, so we wanted to highlight a city-wide event planned for this Saturday, April 14th — the 2012 Philly Spring Cleanup Day.

Created and organized by the Philadelphia Streets Department, the goal of this event is to ” put an end to litter and illegal dumping – permanently.” Residents from various Philadelphia neighborhoods were able to add “projects” to the day’s planned events; in other words, block captains and other concerned local citizens could decide what area of their particular neighborhood to focus on, create the event on the Philly Spring Cleanup website, and then other residents can officially register to be a part of it.

Today being only a few days prior to the scheduled event, the deadline for creating events has passed. However, there’s still plenty of time to sign up to participate with many of them!

Here is a sample of the many projects that are still actively accepting volunteers:

There’s a project scheduled in every neighborhood, so there’s plenty of opportunities to get involved and do your share to help keep our city clean! Get to know your neighbors, meet your block captains, join the neighborhood association, or just spend a day accomplishing something for your own personal goals.

PHILADELPHIA PROPERTY MANAGEMENT: SOME STATISTICS FROM THE 2011 SPRING CLEANUP DAY

(The following information is gathered from the Philadelphia Streets Department Program website,